Golf is one of the oldest and most prestigious games in history. This slow-paced and sometimes frustrating game has been the inspiration of some great movies over the years.

The best golf movies have you covered regardless of whether you’re a golf nut or not. You can experience the drama of the game through comedy, romance, and biopics that provide fascinating golf history and celebrate the lives of some of the greatest players ever.

Check out this must-watch list of the best golf movies that are guaranteed to leave you feeling good and inspired. 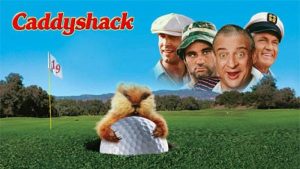 Ranked among the best comedies of all time, Caddyshack is a great golf movie with a cult-like following. You’ll love its hilarious and unconventional characters played by the best comedians of the time.

It centers on caddie Danny Noonan at Bushwood Country Club. A brewing rivalry leads to a golf showdown with the ownership of the club serving as the stake. At the same time, an unhinged groundskeeper battles a troublesome gopher whose destroying the course.

Directed by Harold Ramis, it’s a must-see if you’re a fan of Bill Murray movies and are looking for a laugh-out-loud experience. 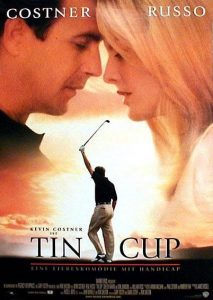 The story follows Roy ‘Tin Cup’ McAvoy, a washed golf pro who spends most of his time working at a driving range. Psychologist Molly wants lessons from Roy while her boyfriend, a star pro player, wants Roy to be his caddie.

As a caddie, Roy rediscovers his love for the game while also falling in love with Molly. He decides to try and qualify for the U.S Open and win her heart. Roy and the star player are soon engaged in a heated rivalry on and off the course.

The movie strikes a perfect balance between romantic comedy and sports film. It gives you an unexpected and memorable finale that takes place on the last day of the U.S. Open.

The Greatest Game Ever Played is more than just a golf movie. Based on a true story, it’s a look into the history of golf and tells the story of Francis Ouimet, a 20-year-old working-class, self-taught amateur.

He tries to realize his dreams of becoming a golf champion with a ten-year-old caddie at his side when golf was considered a rich man’s sport. He defies various odds and enters the U.S. Open Tournament of 1913 to battle against his idol and golf champion Harry Vardon.

It’s one of the most inspiring sports stories of all time that will have you rooting for the underdog who changed the golfing world forever.

This movie tells the story of the incredible life and career of Severiano Ballesteros, the most outstanding Spanish pro you’ve never heard of.  A former world no.1, Seve won five Ryder Cups, five PGA Majors, 90 international tournaments, and a record 50 European Tour Titles.

Many consider him to be the greatest Continental European golfer ever. He dominated from the ’70s to the ’90s but had to retire due to injuries. He ultimately died in 2011, aged 54, after battling brain cancer.

You can still celebrate the legend and life of Seve in this excellent golf movie that brings you an inspiring and earnest rags to riches story. 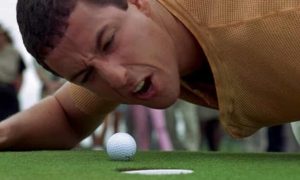 This is another comedy classic loved by golfers and non-golfers alike. The story follows an unsuccessful hockey player, Happy Gilmore, who discovers that his powerful slapshot serves him well in golf.

He uses it as an unconventional golf swing that yields incredibly long drives and joins the sport to save his grandmother’s house from the IRS. Unfortunately, Happy’s unorthodox approach to golf irritates veterans who want to preserve the game’s sanctity while making him a polarizing fan favorite. 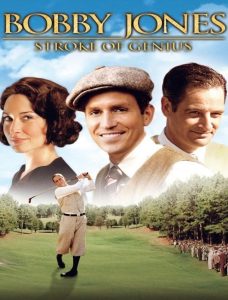 The Stroke of Genius chronicles Bobby Jones’s legend from humble beginnings, quick rise to dominance, and shockingly early retirement at age 28. Discover some golf history as Jones became the only golfer to win all four major golf tournaments in the same year in 1930.

After a decade of dominance, his decision to retire at a young age was due to personal reasons rather than financial ones. The movie examines the pressures of championship golf and how Bobby’s intensity drove him to perfectionism while negatively impacting those around him.

The Stroke of Genius is perfect if you want to discover the pressures of playing golf at the highest level and how they affect personal relationships. 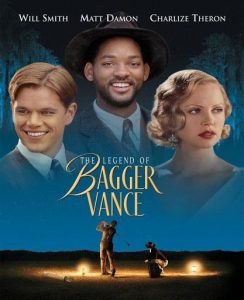 The Legend of Bagger Vance features an impressive cast and follows the story of a struggling golfer. He battles with alcohol and attempts to overcome his personal demons after WWI to recover his golf game and life.

Bagger Vance is a mystical caddy who appears out of nowhere to help the struggling golfer identify his issues and deal with them. Bagger helps him find his swing and recover his golf game while also rekindling his romance.

This golf movie is an excellent depiction of triumph and personal fulfillment over obstacles on and off the course. 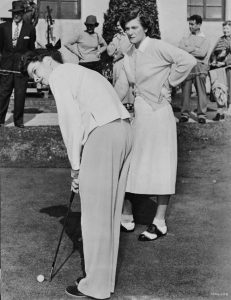 This blast from the past remains a classic romantic comedy that stars real-life Hollywood lovers. It follows the story of Pat Pemberton, an exceptional athlete who pursues championships in both golf and tennis.

She fumbles every time her overbearing fiancé, who wants her to quit the game and get married, is around. However, she is determined to achieve her goals and hires a scheming sports promoter. A mutual attraction develops, and they have to overcome various obstacles together.

Pat and Mike received an Oscar nomination. Katherine Hepburn, who plays Pat, performed all the sports scenes herself, being an avid golfer and tennis player. 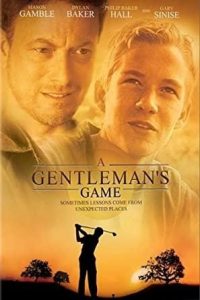 A Gentleman’s Game, a title often used to describe golf, features the story of 14-year-old Timmy Price. He is fascinated by golf and the country club that his father belongs to. However, his father is not impressed when Timmy tries to pick up the sport and discourages him from joining.

Despite this, Timmy gets a job as a caddie and starts showing promise as a player. After multiple attempts, he finds a coach in a former amateur champion who quit the game after winning his first title. Timmy soon wins a junior championship and craves more victory.

His drive to keep winning results in some important life lessons from the former champion. He discovers the true reason he left golf behind and learns there’s more to life than winning.

Golf Practice Plans with Step by Step Schedules to Follow

Or hop onto our email newsletter and get the free weekly golf tips we send out to our community plus updates and other announcements you don’t want to miss!